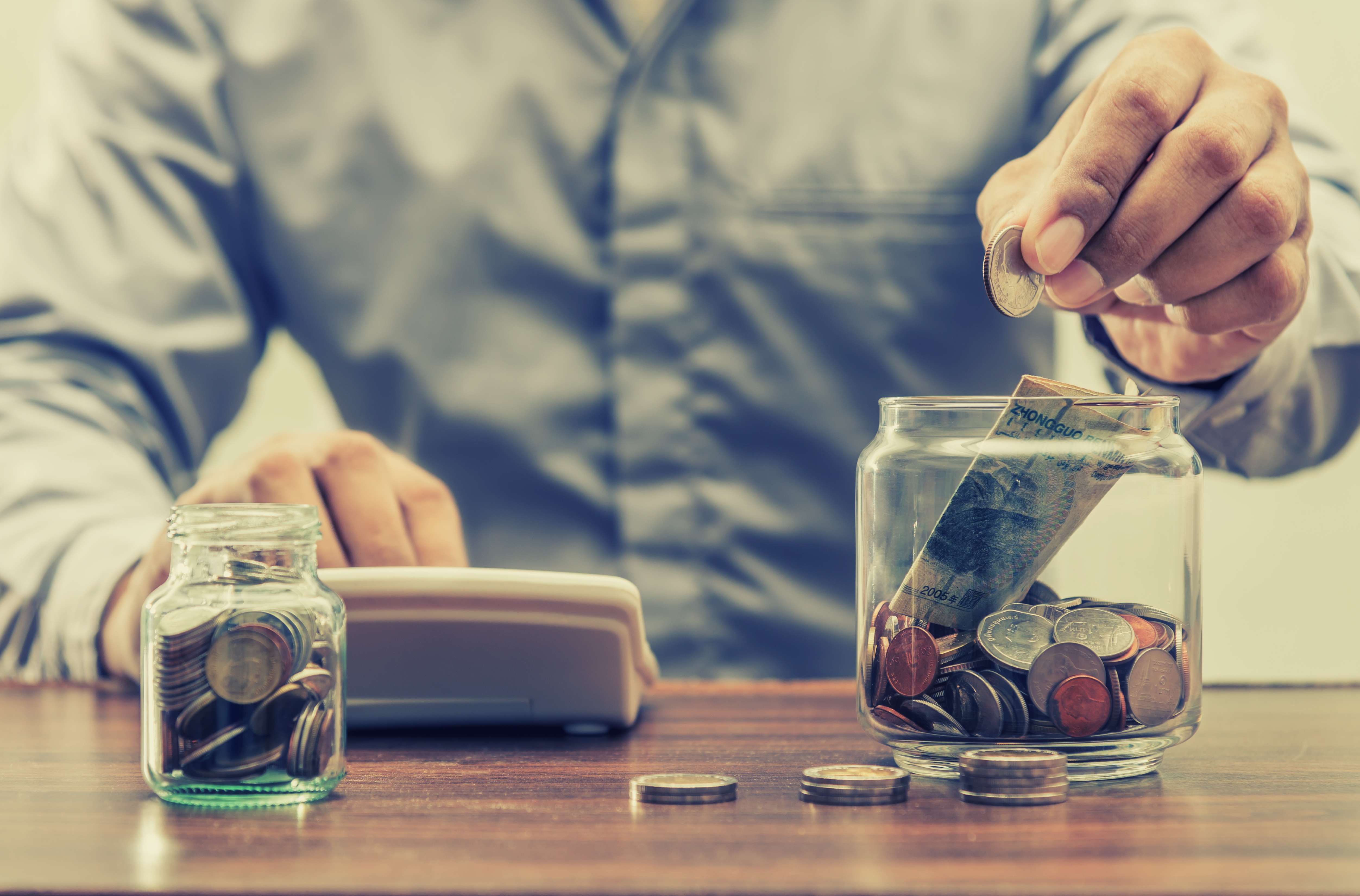 If your company has decided to offer a high deductible health plan, don’t worry, you are not alone. Recent studies show that an increasing number of employers have elected to offer high deductible health plans (HDHP) either to completely replace or be offered in conjunction with a more traditional Preferred Provider Organization (PPO) plan or Health Maintenance Organization (HMO) plan. When sponsoring a HDHP, employers typically offer their employees the ability to contribute to a Health Savings Account (HSA) to help offset the increased deductible associated with the HDHP. In 2017, 19 percent of all workers were enrolled in with a HSA savings option. This is a dramatic rise since 2007 when just over 4 percent were covered under such plans.

Savings: The Most Overlooked Word in Health Savings Account

It comes as no surprise that many Americans are concerned about retirement.  Diligently putting money into 401(k) or any other form of retirement savings account, many still miss one key ingredient that could offer not only tax benefits, but sustainable growth well into retirement.

Terminating a SIMPLE Can Be Simple, if Done Right

Recently the IRS issued written guidance(1) that significantly impacts all qualified plans and the benefits received under those plans by individuals who have entered into a same‐sex marriage. Among other things, this new guidance impacts 401(k) nondiscrimination testing, the definition of highly compensated employees, beneficiary designations, hardship distributions, participant loans, qualified joint and survivor annuities, rollovers, required minimum distributions, and the overall requirements for a retirement plan to remain “qualified” under the Internal Revenue Code. 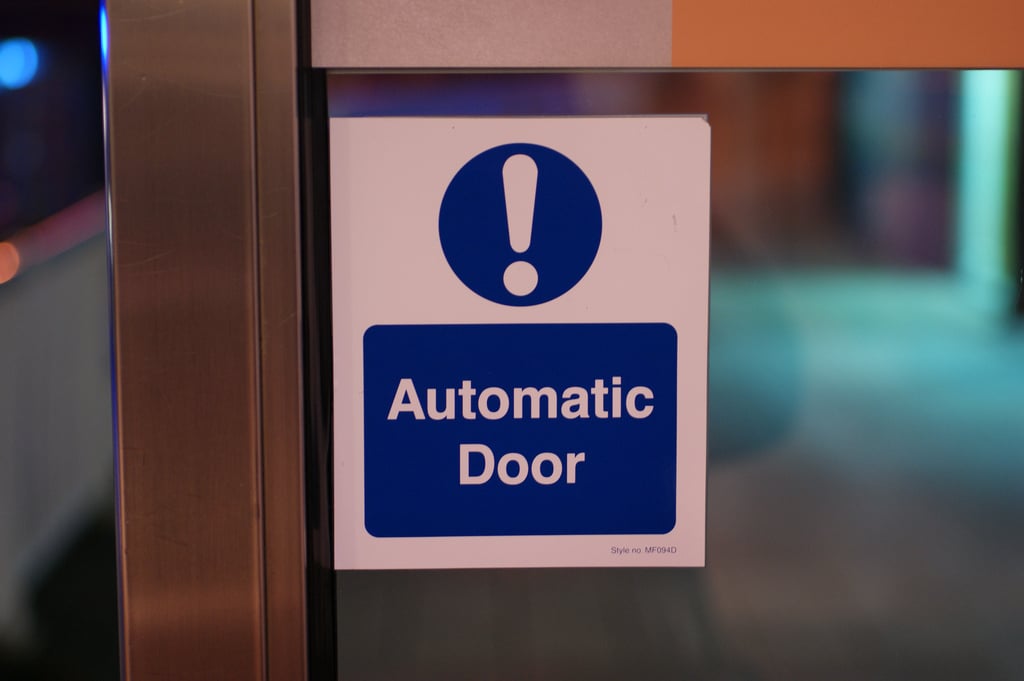 “According to the Employee Benefit Research Institute (EBRI), more than 70% of employees earning between $30,000 and $50,000 participate in a 401(k) plan when it is offered to them at work, while fewer than 5% of those same employees save on their own in an IRA when they are
not covered by a workplace retirement savings plan.”i Such a startling difference in outcomes is attributed to the convenience of payroll deduction of a 401(k) plan, the culture of savings that such a plan creates, and, frankly, the inertia of employees—once enrolled they tend to stay enrolled in the 401(k) plan.

Solo-Ks: 5 Benefits and 5 Mistakes to Avoid 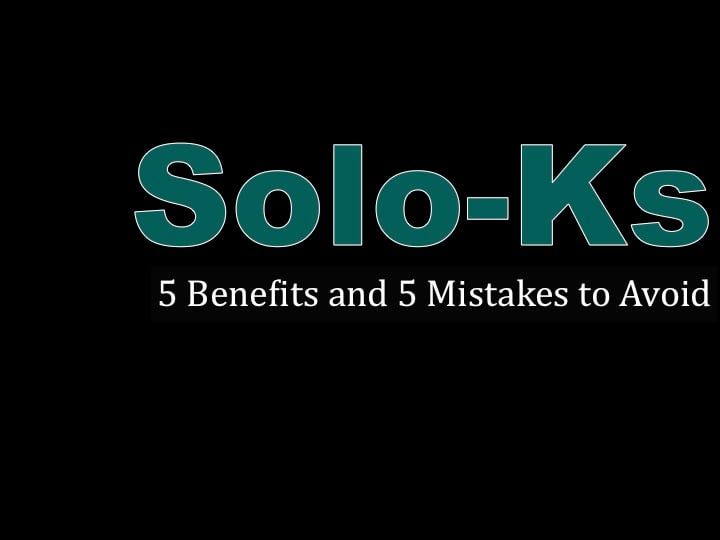 Despite their popularity, businesses that adopt a Solo‐K need to avoid 5 key mistakes.

1. Employees improperly excluded from the plan. The Solo‐K must allow any employees within the “controlled group” to participate once the employees have met the plan’s eligibility provisions.

a. Example: Dave owns ABC Company that has only two employees, Dave and his wife, Sue. However, Sue owns a consulting firm, XYZ Company that has 5 employees. If Dave establishes a 401(k) for ABC Company, the plan must also include the employees of XYZ Company since the two entities comprise a “controlled group” through family attribution. In other words, Dave can not establish a ‘Solo‐K” for just him and his wife; the plan must cover all employees within the “controlled group”.

2. Failing to file Form 5500. Solo‐Ks that cover only the owner and his or her spouse are not covered by Title 1 of ERISA and are not required to file Form 5500 so long as the plan’s assets are under $250,000. However, an annual Form 5500 must be filed for any plan year where the assets exceed $250,000 or the plan covers someone other than the owner and spouse.

a. Example. John and his wife Sarah own a real estate company and sponsor a Solo‐K. Since the Solo‐K has assets in it totaling only $100,000, John has not been filing Form 5500. However, during the summer of 2013 John decides to employ his son, John Jr., to help with some mailings. If the eligibility requirements found in John’s Solo‐K Plan Document allow for immediate entry into the plan, (as most do) John Jr. will become eligible for the Solo‐K upon his date of hire. If so, starting with the 2013 plan year, it must file Form 5500 regardless of the amount of assets in the plan since the Solo‐K covers someone other than an owner and the owner’s spouse.

i. Solution: The eligibility provisions in a Solo‐K Plan Document can delay an employee’s entry into the plan until the January 1 or July 1 following the later of 1 year of service (see #4 below) or the attainment of age 21. Having such an eligibility provision is recommended since it may keep some part‐time employees from entering the Solo‐K and delay the entry date of others.

3. Failing to comply with 401(k) nondiscrimination provisions . Solo‐Ks are not given a free pass on the annual 401(k) nondiscrimination test called the Average Deferral Percentage (ADP) test. So long as the Solo‐K covers only the owner and spouse, the ADP test is a moot point. However, once the Solo‐ K covers non‐highly compensated employee(s), the annual ADP test must be run unless the 401(k) plan has elected and complied with Safe Harbor status.

4. Failing to keep the plan document language current . Since ERISA was passed by Congress in 1974 there have been over 5,000 changes to this retirement law. The plan documents for all qualified retirement plans, including Solo‐Ks, must be periodically amended to reflect these law changes or face potential plan disqualification.

Solo‐Ks can provide great tax breaks and well‐needed retirement savings; however, care must be taken so that the plan stays in compliance with the web of complex tax laws.

Why A $Million is Not Enough for Retirement! 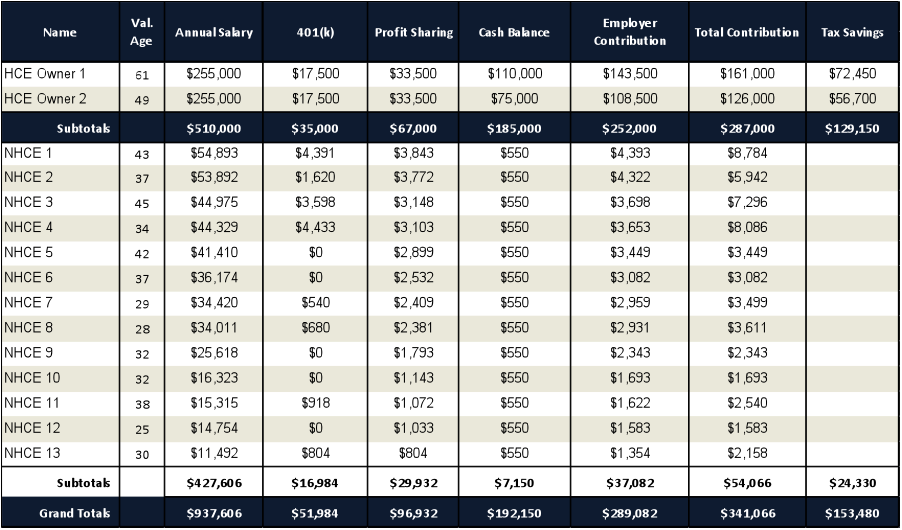 Is a Cash Balance Plan the Right Fit for My Company? (Part 2) 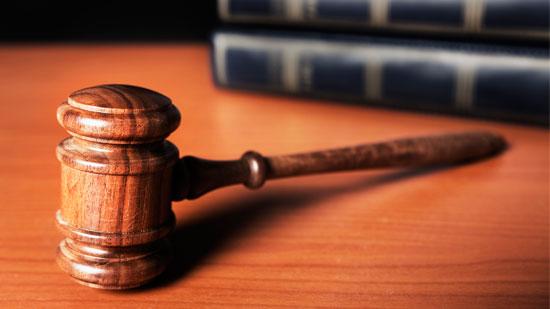 When ERISA was passed in 1974, Congress realized that the provisions of ERISA would have to
be enforced.  So, Congress also created the Employee Benefits Security Administration (EBSA), which is responsible for ensuring the compliance and integrity of the private employee benefit system in the United States.  EBSA is a division of the Department of Labor.

In-Plan ROTH Conversions Available, But Is Your Custodian Ready?

The In-Plan ROTH Conversions, while attractive to some, will be quite an administrative nightmare.  As a Third Party Administrator, I have not had a lot of requests to amend our plans to allow for the “new” In-Plan ROTH Conversions since they became available as a transfer instead of a rollover.  This “new” law was effective January 1, 2013 to allow participants in a 401(k), 403(b) or 457 plans to convert ANY of their pre-tax funds to ROTH.  Previously, conversions were only allowed if a participant had a distributable event.